I quickly painted an Aspiring Sorcerer to figure out my colour scheme and see how fast I could get a figure done (I do have many more to go!). This figure has the main colours I will come across in my force. Over all, it was quick and easy to paint, I had to slow down for the gold but it went quicker then I thought it would. I’ll post a step by step when I get my Rubric Marines to the paint table.

The shop is hosting another painting challenge this year. I have a full paint table right now, but still want to participate. I chose Thousand Sons because I can later add them to my Tzeentch force. I also plan to paint this force as fast as possible to a table worthy standard. I do have till July to finish the whole force, so I should not be too rushed if I get into it ASAP.

I picked up a box of Rubric Marines and the Thousand Sons Start! Box. I only plan to paint 50-60 power worth of Thousand Sons so this should be a good beginning to my paint project.

I decided to assemble the guns and backpacks separate so I could prime them a different colour. I plan to use Contrast paint as much as I can get away with, so I chose Grey Seer spray primer for my first coat. Bases, backpacks & guns I spray primed Gun Metal from Army Painter.

I super glued the miniatures onto their plastic bases so I could pop them off later and attach them to the nicer bases when I finish.

When painting an army, I try to start the project with the figures I’m least excited to paint or have the most to paint of. Doing this keeps me motivated to get to the figures I’m more excited to paint and keeps me motivated to see the project to conclusion (I hope to spend some time on a Helbrute conversion). So! I’ll start with twenty Rubric Marines. Twenty is more then I’ll need for the first challenge (I need one troop & one HQ by the end of March) but painting them all at once means I’m also completing a future challenge. (I HATE painting the same thing twice!)  I do also have to paint an HQ for the first challenge. I plan to pick at Ahriman while I’m painting the Rubric Marines and hopefully have enough time before the end of March to put some time into detailing him. If I run out of time, my goal will be to finish five of the Rubric Marines and Ahriman. 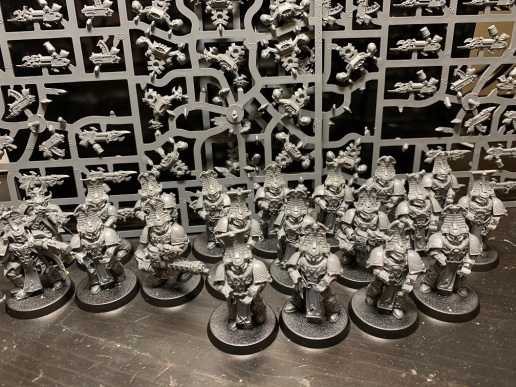 Primer in Grey Seer & Gun Metal. (ONE OF THESE THINGS) 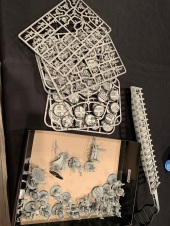 I think I converted & painted these 4-5 years ago.

The following projects did not turn out exactly how I wanted, but good enough for the table top.

I had problems with my air brush clogging while painting the TX-225 GAVw Occupier Combat Assault Tank, so the camo did not turn out as well as I hoped. I did use Vallejo Chipping Medium, easy to use, and I think turned out well.

I was very excited about adding the Snow Troopers to my force. But I struggled with mold lines and I should not have assembled the guns on the miniatures as this made it harder to paint. I thought the brown scheme would look better. I do plan to add another Snow Trooper unit to my force, I think I have a few ideas how to improve. 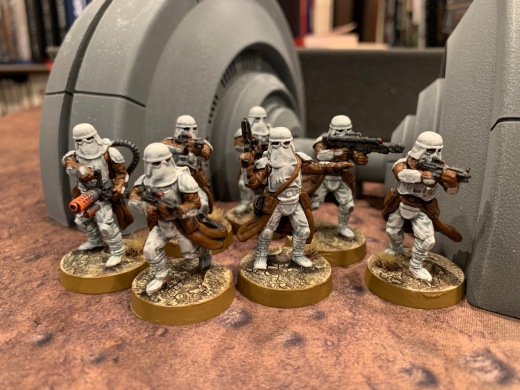 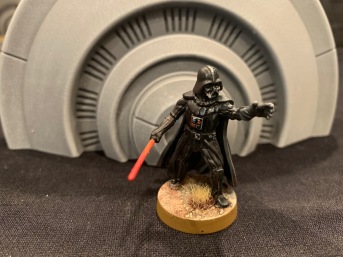 I recent played more Warcry! All the games have been pick-up games. Now that I have a handle of the game, I’m ready to try a campaign. I need to pick up a second box of Cypher Lords for a few extra figures to make 1000pts. I’ll also need more figures as I play a few more games. AND, there are new thralls, so gotta pick one of them to paint. 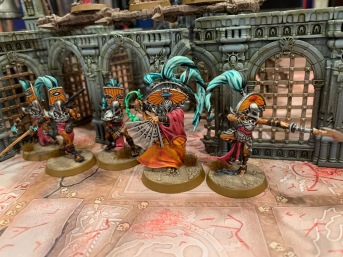 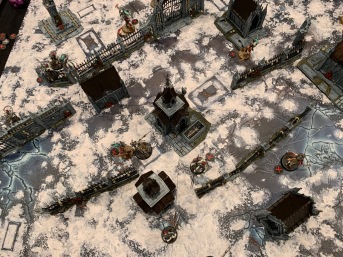 And I finish the Furies

I’ve now had a chance to play a couple of games of Star Wars Legion. After two games Legion has moved to the top position of miniature games, I want to play a lot of this year (second to Warcry). Here are a few things I’m currently digging about Legion.

-Army list design is easy and flexible. Tons of options and up-grade cards. On-line list builders that are good.

-Miniatures are easy to paint.

-Short rule-book. With an expanded rule-book. I liked that I was able to quickly learn the game from the core set, then my further questions were answered in a free DL book.

-Not a large figure count. Most 800pt lists will have less then 30 figures.

-Thematic terrain. I have a dessert table and about to put together a snow table. Both look very iconic Star Wars. 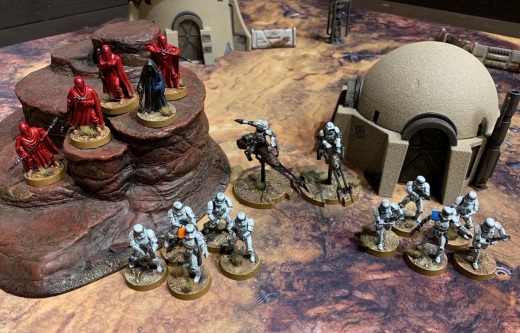 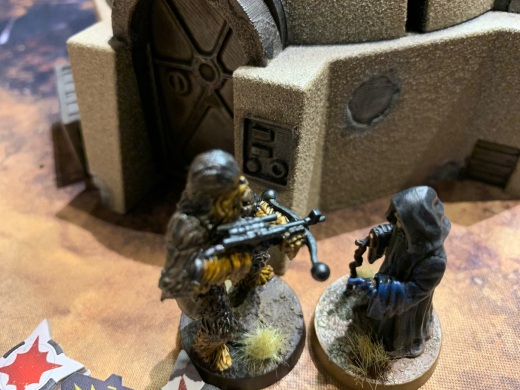 Emperor Palpatine back flips and dodges all of Chewbacca’s hits.

A monster mash-up of figures I painted last year for various D&D games I ran in 2019. 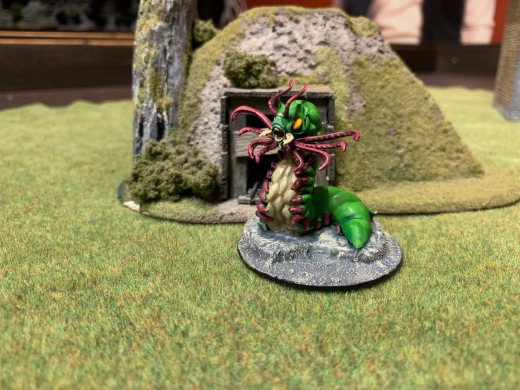 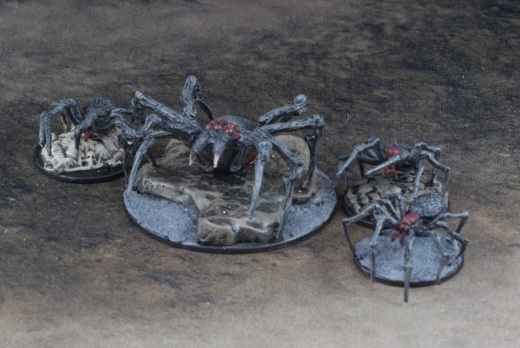 Thugs. I love the personality of these figures. (Otherworld)

Giant insects. A must for most Basic D&D games. (Reaper Bones)

The first of twelve Hobgoblins for my B5 Horror on the Hill project. (Otherworld)

Metal Miniatures
Create a free website or blog at WordPress.com.